Niryo One, an accessible robot for makers powered by open source

[Update] You can now order Niryo One !

You want to learn or to use robotics in your daily life, but robots are too expensive ? You like open source technologies ? Then you are in the right place !

We've built Niryo One with only one idea in mind : make an accessible robot for everyone, everywhere. Our focus is on making it low cost, useful, reliable, and open source.

We try to combine everything a maker could dream of, in an affordable and user-friendly robot.

Well, let’s give you more details about our last prototype !

3D printing for the win 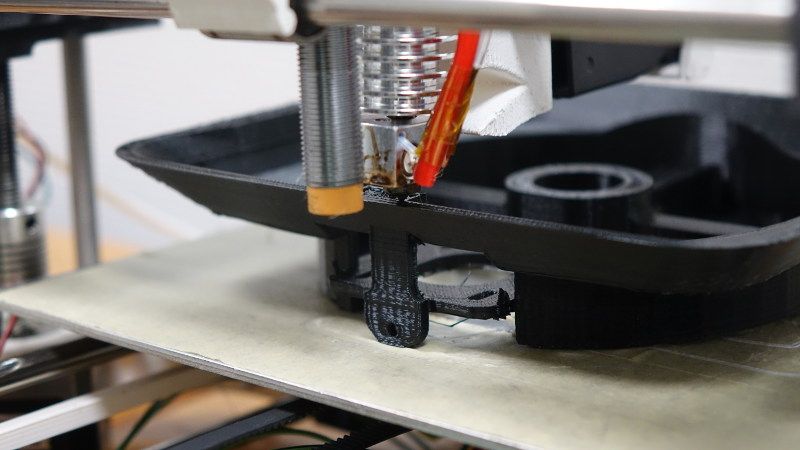 3D printing of Niryo One's base

The structure of Niryo One is made out of PLA, a biodegradable plastic material. 3D printing allows us to create more prototypes in less time. That way, we can always improve the mechanical parts and find new ways to create a nice and accessible robot.

3D printers are now really accessible for everyone. That’s great to see industrial based technologies coming to everybody’s home. Our goal is to do the same for robots, so you will be able to buy an accessible robot the same way you can get an affordable 3D printer.

The Arduino Mega and RAMPS 1.4 combination is well known by 3D printing communities.

Those two are often linked : many RepRap 3D printers have an Arduino board as a brain.

We use a compatible Arduino Mega board on Niryo One. Arduino is an open source electronics platform made for makers. It allows you to easily do input/output operations, like reading data from sensors or controlling motors. Everything you need to start robotics applications !

We chose Arduino Mega board because we found that Arduino Uno capacities are too limited for our needs, and we wanted to interface with the RAMPS 1.4 shield. If you are already familiar with Do It Yoursel 3D printers, you may know about those two platforms. 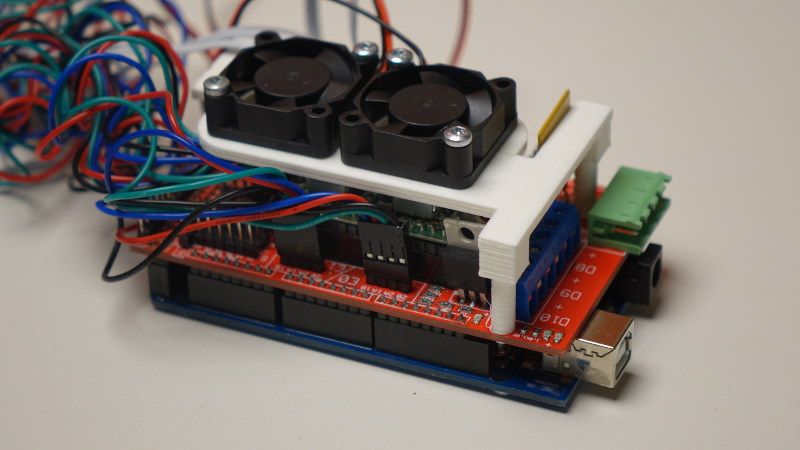 RAMPS 1.4 is a shield made for compatible Arduino Mega boards. You can use it to power 5 stepper motors and many servo motors from an external power source. We find it very useful as you can execute your code on Arduino, the shield will take care of all related power concerns.

RAMPS 1.4 has been designed to work on a 3D printer. Well… Why not going further ? Let’s use it to control a 6 axis robotic arm ! After some tests we concluded that it works perfectly fine.

So if you already like 3D printing, time has come to think bigger. Why not use a robot to run your 3D printer 24/24 ? That will allow you to make bigger and funnier robotics projects.

Without Raspberry Pi it wouldn’t be fun

Ok, our robot physically exists, and is controlled by an Arduino board with a shield to power the motors and read data from sensors. But what about the brain of the robot ? Just using an Arduino board will not be enough if you want your robot to benefit from artificial intelligence, and be able to compute trajectories in a 3D space with collision constraints.

If you are a maker, then you certainly already know about Raspberry Pi. Such a small computer with so much power inside ! 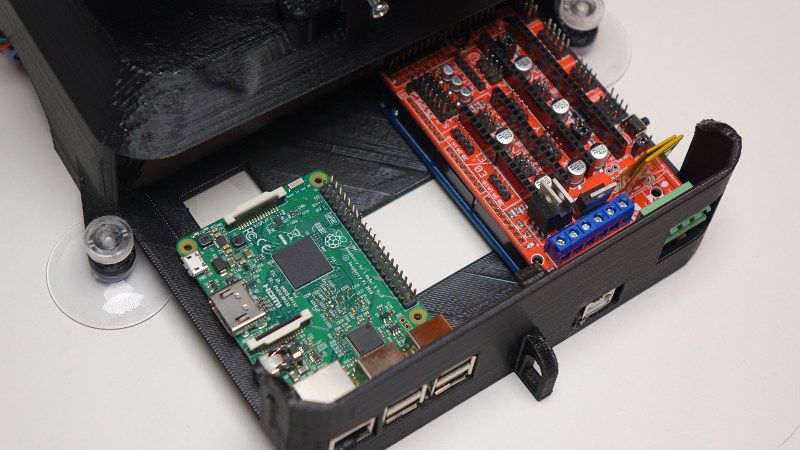 By including a Raspberry Pi 3, we bring Niryo One to the next level of intelligence.

We also know that makers and hackers like Python programming, so don’t worry, there will be a Python API to control the robot on Raspberry Pi !

ROS, the icing on the cake

And now, for the most advanced users comes ROS. ROS means “Robot Operating System”. It is an open source tool suite to help robotics becoming more powerful and open to the world. At Niryo we truly believe that ROS is pushing robotics to a higher level. It will help people and companies to create robotics standards, so new accessible robots with better capabilities will be created faster.

ROS is actually used on the Rasperry Pi 3 board. It keeps a model of the robot to perform high level computation in 3D space.

Don’t forget what is the open source spirit : get benefit from other's work and give back to the community. We have great news about that. The code powering Niryo will be open source and released on github after the first shipments of the product ! That way you can really see what is going on under the hood, and you will have full power to control the robot from different interfaces (mobile, web) and APIs.

You may have been frustrated by robotics products with only closed source software and very limited control. It’s never working the way you want, and you need to wait for weeks or months to get the next software update. All that time and you can’t do anything ! We will change that. Open source will allow us to be closer to customers requests, and we will let people contribute to make a bigger and better community project, with a fast evolution !

As makers ourselves, we want to provide an accessible robot to every maker on this planet.

The robot will be affordable. You will not need to buy an expensive industrial robot to do cool stuff or to learn robotics the fun way.

Also, don't forget to subscribe to our newsletter to be the first one to get news, special offers, and more !